Thank you! Your submission has been received!
Oops! Something went wrong while submitting the form.
We are continually updating our resource hub & business directory to provide the most up-to-date information. We encourage you to refer to them often.
Important Announcement Here 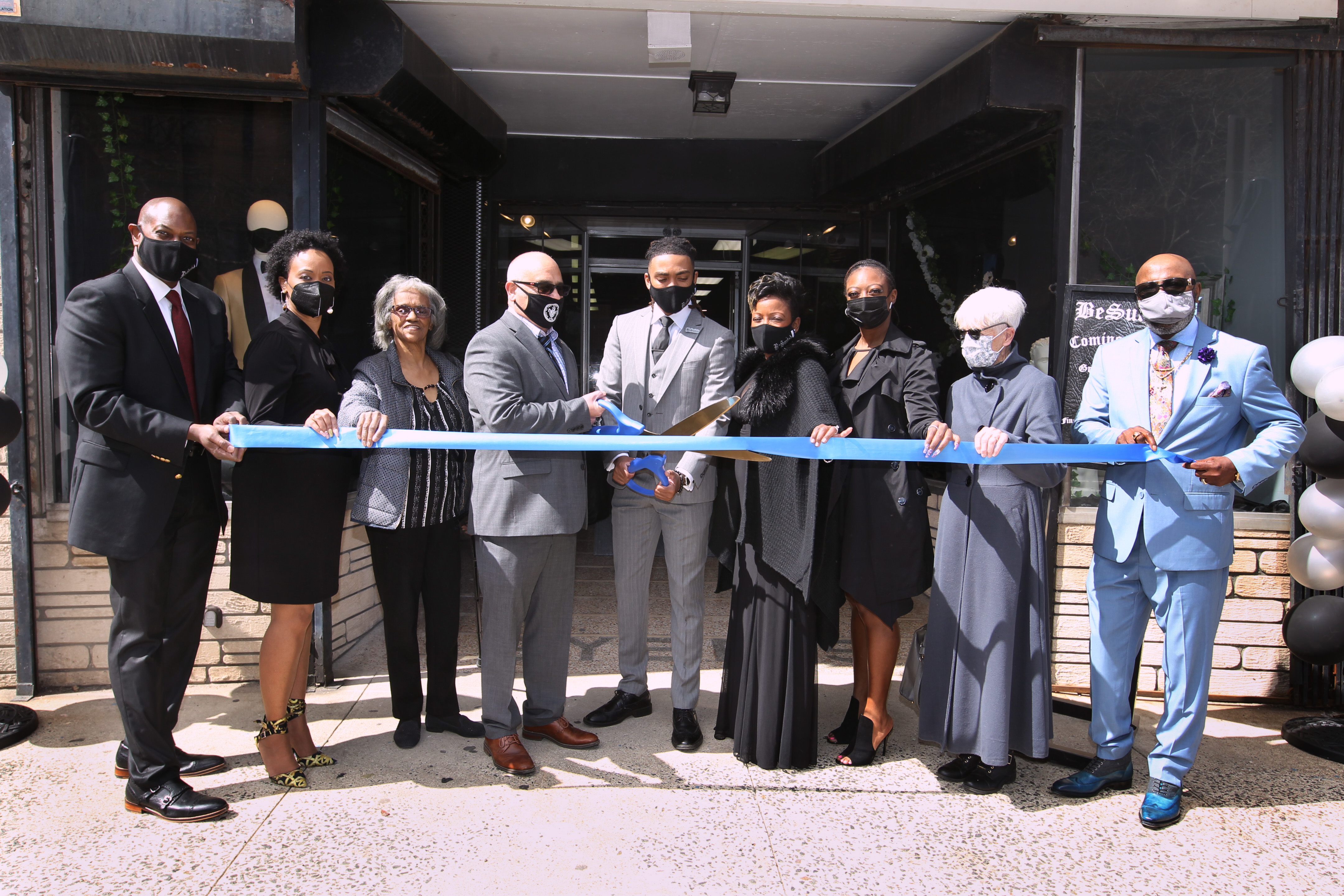 At the age of 21, BeSuited owner Evan Harris hopes his clothing store will generate good vibes and help to change lives.

TRENTON, N.J., March 30, 2021—The opening of any new business in downtown Trenton is a cause for celebration. When the owner is a community-minded, fashion-forward, 21-year-old entrepreneur, it is absolutely inspiring.

On March 29th, Evan Harris opened the doors to his new menswear store, BeSuited, at the former location of Byer’s Men’s Shop at 127 North Broad Street. “I want to be part of something positive in Trenton,” says Harris, who believes that dressing for success can be transformational. “You feel more confident in clothes that look good and fit great.”

Prior to opening BeSuited, Harris worked at two popular men’s retail chains. He quickly discovered that he had a flair for fashion and an eye for a good fit. Men of all ages would come to him when they had a special occasion. Younger men, in particular, who typically don’t wear more conservative, fitted clothes, would seek his advice.

Harris says you can expect to find stylish, high-quality yet affordable suits at BeSuited, as well as more cutting-edge sportswear. “We will have a tailor on-site and provide personal service and one-on-one consultations,” he says. “The store itself will have a boutique vibe.”

Those who have been in Trenton for years know the location well. For more than 60 years, 127 North Broad Street was home to Byer’s Men’s Shop, a downtown Trenton staple. When the store recently closed, Harris’ mother and sister, both real estate developers, recognized an opportunity to boost retail in the district.

“This is a chance to help change the narrative for the community, especially for young men,” says Lisa Wilson, Harris’ mother. “Evan cut his own path, and wants to help others do the same.”

Harris, who was raised in Trenton, hopes that by becoming a success himself, he can boost business in downtown Trenton and provide jobs to more people.

“It’s wonderful to see this kind of energy and so much enthusiasm for a new business coming into downtown Trenton,” adds Patricia Hall, Interim Executive Director of TDA. “It’s easy to see why people are excited. The space has been meticulously renovated, and Evan clearly has a vision, as well as an eye for fashion.”

BeSuited will be open Tuesday—Friday, 11 am to 7 pm, and Saturday, 10 am to 6 pm. Find more information on the BeSuitedLLC website and on the store's Facebook page.