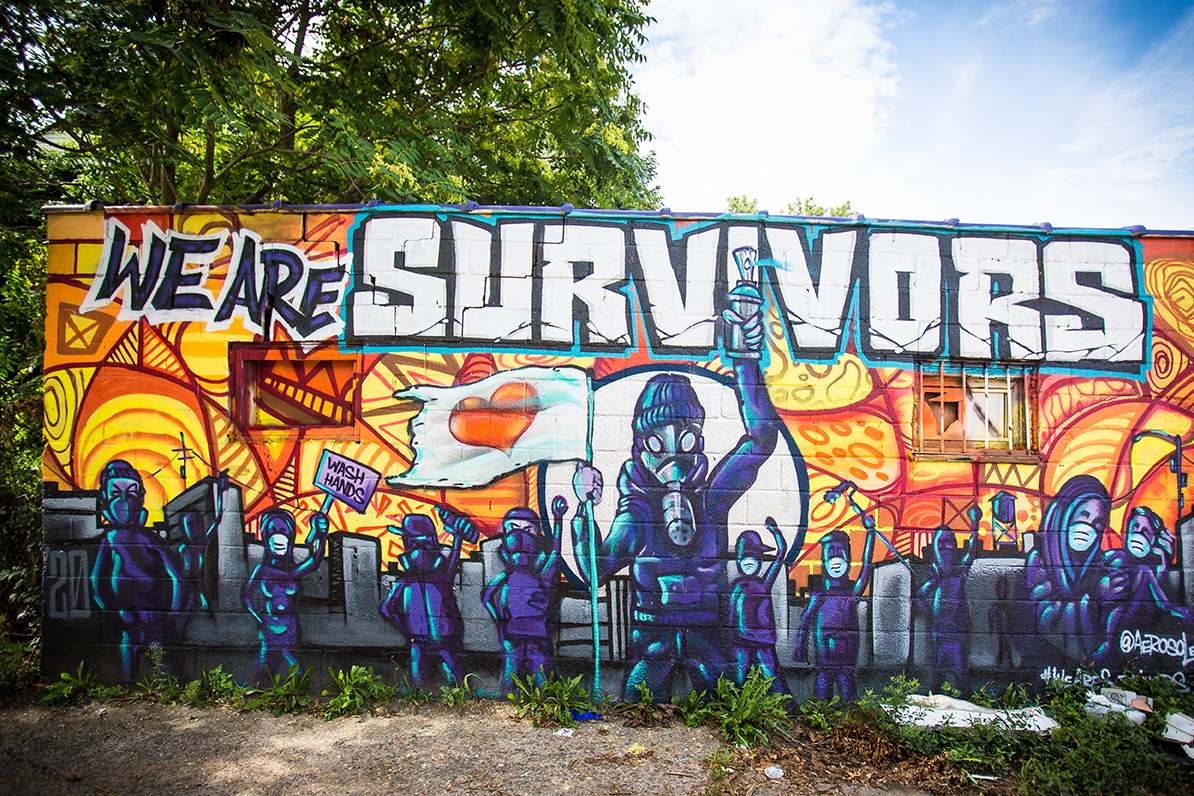 Graffiti artist Leon "Rain" Rainbow shared his inspiration for his latest artwork, "We Are Survivors," during an uplifting unveiling and mural signing ceremony on September 21st at the Sprout U School of the Arts in Trenton. The acclaimed graffiti artist created the mural to illustrate the blending of art and technology as we adapt to teaching and virtual learning during these challenging times. Rainbow was joined by Trenton mayor Reed Gusciora, City Councilwoman Marge Caldwell-Wilson, Sprout U School of the Arts director Danielle Miller-Winrow and her daughter Chandler (both featured on the mural), students from the school and members of the community. The project was sponsored by Trenton Downtown Association with funding from the New Jersey State Council on the Arts and NJM Insurance Group.

About the Trenton Downtown Association:

The Trenton Downtown Association (TDA) is a nonprofit organization dedicated to making the capital city a more competitive location for business owners and an engaging center for workers, residents and visitors. Since 1986, TDA has offered programs that promote economic growth and investment in New Jersey's capital city. Our staff is involved in business recruitment and retention, public relations, advocacy, marketing support, referrals, partnership development and job creation. TDA also hosts events like the Capital City Farmers' Market, the Levitt AMP Trenton Music Series and Patriots Week to attract visitors to experience the current growth happening in the downtown. Through maintenance of a clean and safe commercial district, support for the arts and cultural heritage, promotion and public policy planning, the Trenton Downtown Association is leading the revitalization of the City of Trenton.