We are continually updating our resource hub & business directory to provide the most up-to-date information. We encourage you to refer to them often.
TDA is hosting an information session for the recently proposed Land Development Ordinance in partnership with the Trenton Division of Planning on Thursday, January 13, 2022 at 4 p.m. via Zoom. Click Here for More Info. 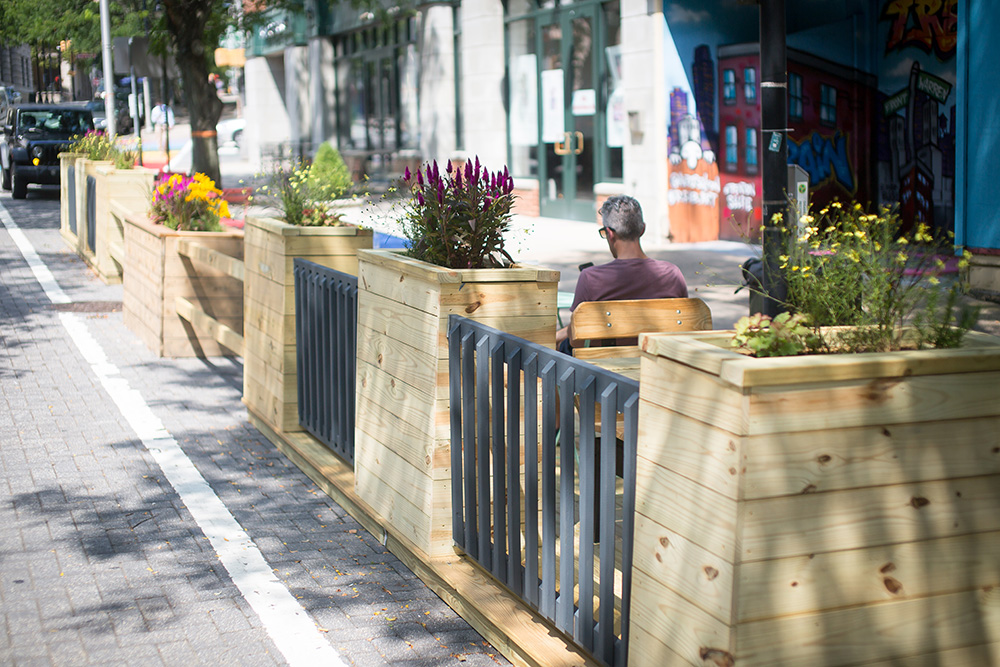 The parklet at Starbucks, considered a “mega parklet,” seats up to 20 with a mix of traditional and ADA-compliant seating, explains JimSimon, Deputy Director of Community Planning, Isles, Inc., the organization that funded, designed and installed these unique public spaces. “We want everyone to be able to enjoy spending time in downtown Trenton and, of course, support nearby local businesses.” Working in collaboration with Isles, the City of Trenton and Trenton Downtown Association processed all applications for the parklets.

“Isles started doing parklets in Trenton five years ago,” says Simon. “We had received some funding to install a parklet on West State Street, across from the state house, and it was wildly popular, so we kept it up.”

Over the next few years, Isles and its partners continued to design and set up parklets that business owners in various locations could rent or lease. Year after year, new planters were added, and the spaces were continually updated and refreshed.

“Parklets are a creative way to take a single-use space and reclaim it as public space.” — Jim Simon, Isles, Inc.

Simon pointed out that Isles was careful not to interfere with nearby businesses’ curbside pickup locations. They were  designed to be modular and flexible, and not take up more than one parking space.

"Parklets are a great way to encourage people to come downtown, which is critical to keeping the economy going. Our goal is to continue to find creative ways to develop more walkable, livable neighborhoods,” says Simon.